The girls and I had a miniature adventure last week.  We had to drop Owen at volleyball game half an hour early, and I didn’t want to spend that time in the gym..  There’s a “pretty little wilderness” at the park by the rec center, and the girls were game to take a turn in it with me. 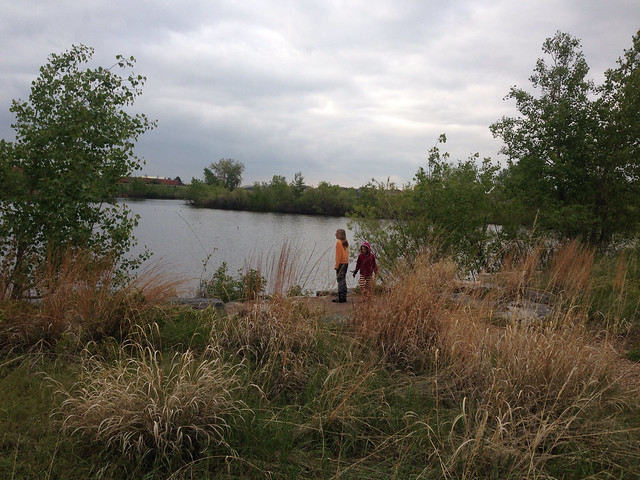 Can you see the white pelican?  Neither can I, because the girls were so loud they scared it away.

We ignored the infrequent raindrops and pretending it wasn’t threatening to pour.

We saw Canada Geese, white pelicans, cranes, mallards, Redwing blackbirds, and swallows.  There must have been a gazillion bugs on the lake, because the swallows were crazy.

The longer we walked, the more elongated the pond became, until I was afraid we weren’t going to back it back in time for Owen’s game. 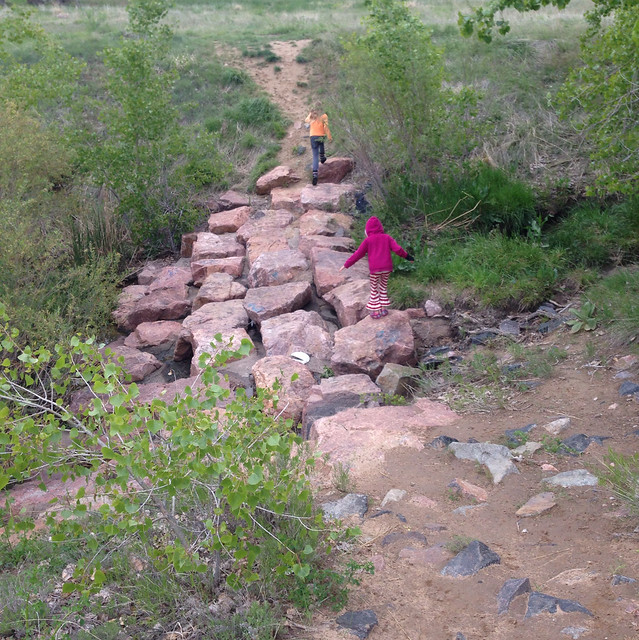 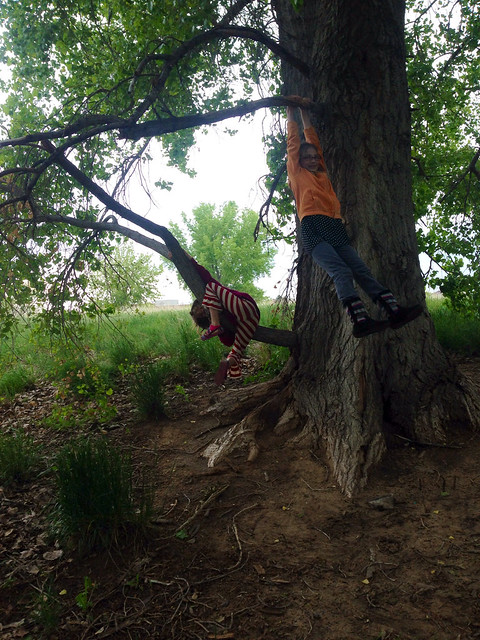 I thought we were almost all the way around, and then the path cut steeply away from the rec center.  Five minutes till the game.  We took the gravel path toward the rec center until it sank under 4 inches of cold, flowing water.  What to do? 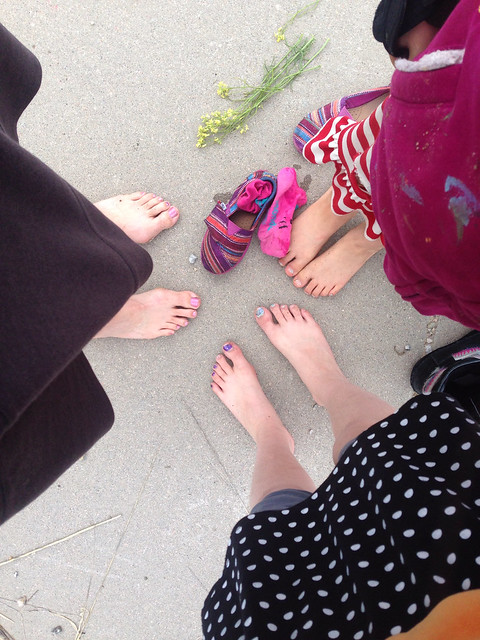 The girls are still telling everyone we meet, “Mommy took her shoes off and went through the water!!”  Brrr!

Had I known what a kick it would give them, I would have taken them off much sooner.

They’re already asking when we can go back.

One thought on ““She took her shoes off!””