We had an 18-hour turnaround time between coming home from the beach and leaving for the mountains for a weekend with friends. It would have felt like more time except that my Instant Pot (which I bought on Prime Day) had arrived, and I used six of those precious hours making Roast Potatoes, Pork Carnitas, and Beets. (For the record, they were all delicious, but the time it takes the pot to decompress at the end of the cooking time needs to be written down for all recipes, instead of a vague and nebulous “allow a natural release to occur.”)

Here are my daughters in our boat. Can you spot what’s unusual about this photo? (Answer below*.) 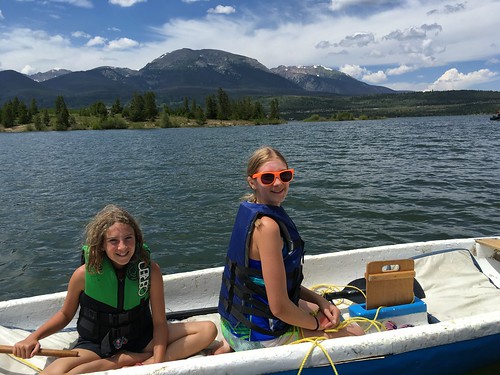 The weather forecast for hours and hours of rain. We were grateful that our friends loaned us their house for the weekend. Sleeping in a beautiful, dry house is much better than sleeping in a wet tent.

Saturday morning, we laid around for a long time before we finally drove five minutes to the lake and the boat launch by our (dry) campsite. 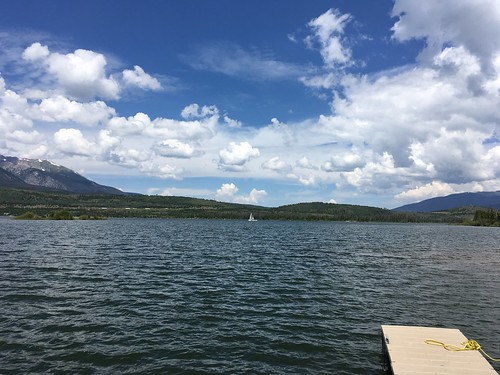 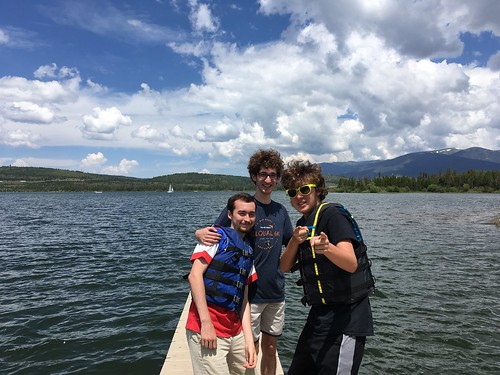 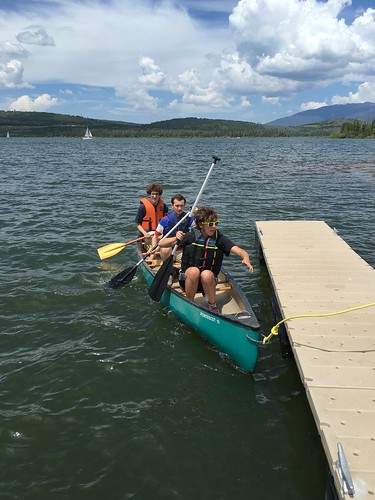 We unpacked the boats and realized I had forgotten to bring the sail*. This isn’t the first year I’ve forgotten a key piece of sailing paraphernalia. From past years, I have learned that the blue sailboat works as a canoe if I leave the tiller in it, so the girls were still able to paddle across the lagoon to “discover” the peninsula. That seemed really cool until we let the boys paddle significantly further to an island, but I promised that when they are 14 and 17, they will be allowed to go to the island, too.

Again, their competence was a shock to me. I know that coaching my children into competence is my job, and I spend a significant portion of my life doing just that. But their growing abilities still catch me off guard.

Sunday morning, I took advantage of the amazing weather (not a raindrop in sight, either day!) to take a run.  The path headed down from our friends’ house, across the road, and then along the lake. Again, I let myself stop whenever I wanted to admire the view (with or without the camera). 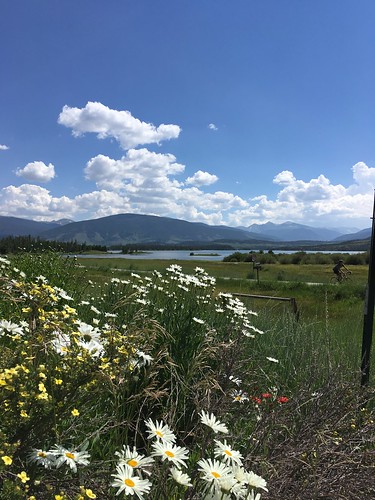 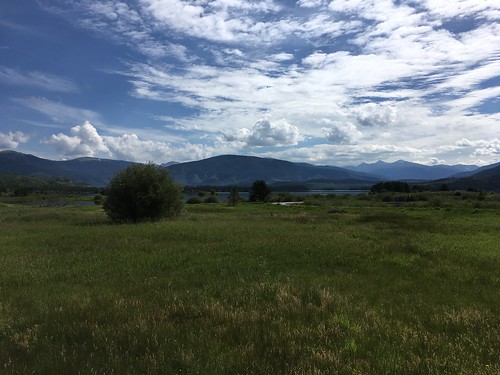 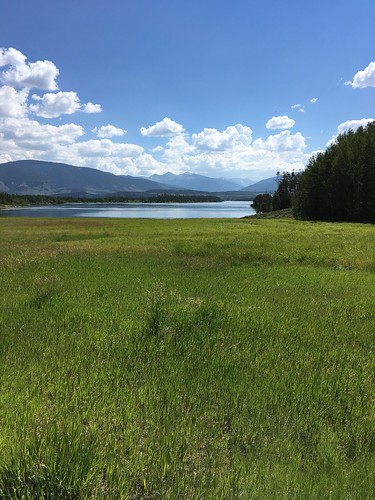 The farther I ran, the better it got. Until I turned around and realized that now I had to run the same distance uphill. The view was still incredible, if lacking in oxygen. 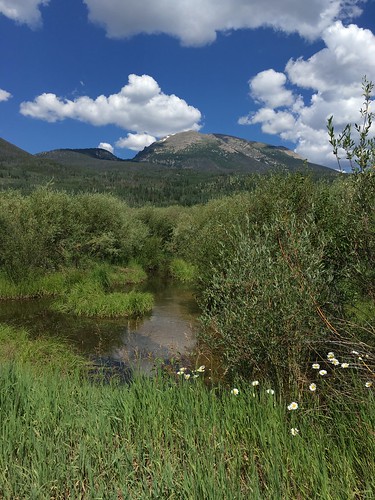 And now I’m home. Ten days away served their purpose to help me see home- with all its joys and responsibilities- with fresh eyes.

You may have gathered from the sporadic nature of my posts in May and June that I was drowning a little bit. Drowning is too strong a word, but I was definitely treading water as fast as I could and couldn’t stop to write about it.

Now I’m back from a week on the beach and a weekend in the mountains, and I feel more like myself. Hopeful. Mostly content. Like tackling the mountain of laundry won’t quite do me in.

I’m here to ramble a bit about our vacations and how good it is to be home. Will you have a cup of tea with me?

Our beach trip was preceded by a panicked email from our rental company. Repairs on our unit (from last fall’s hurricane) weren’t finished, and they needed to move us to a different house. I spent a few days mad that they were moving us half a mile from the rest of Sam’s family and further from the beach… and then I got over it. The space worked well (good beds!) and we still were able to spend every day on the beach in way form or another. What was I all worked up about?

We spent the week: 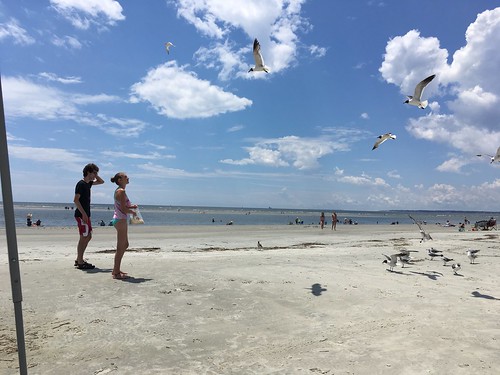 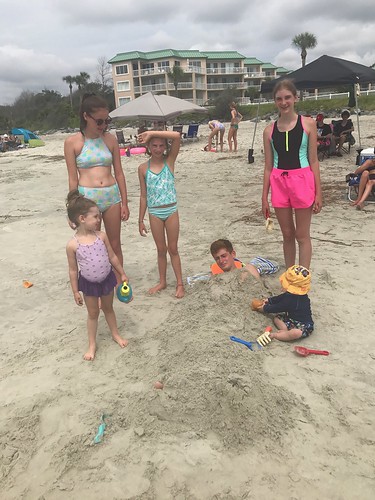 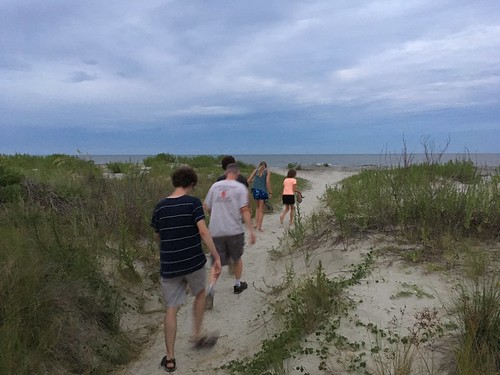 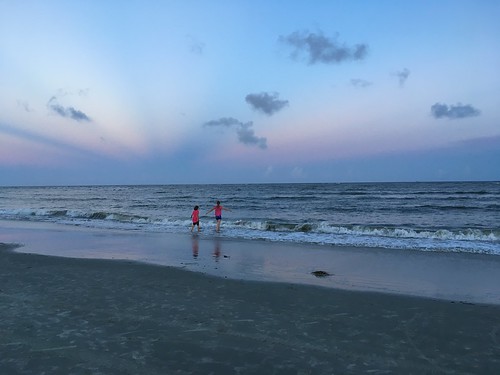 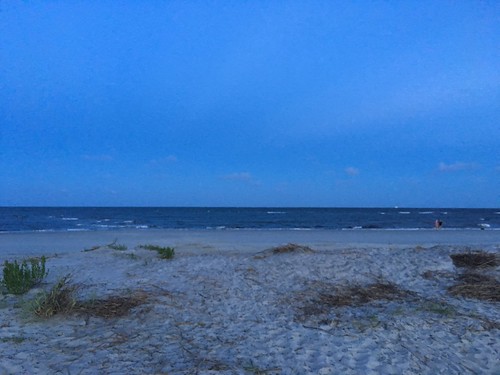 It had been 2 years since our last trip to the beach, and the kids were so much more independent than before.  It made for a much more relaxed week. I tried a few new things this year:

I bought flowers for our house. Every day I looked at them on the table and felt happy. 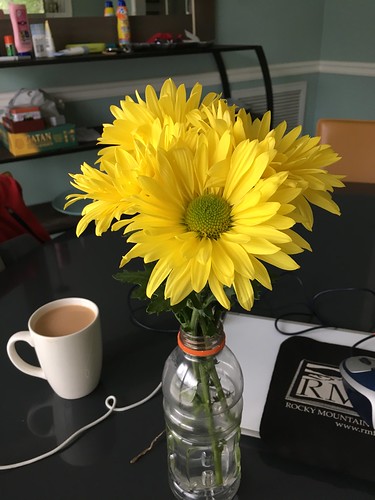 I ran more.  And instead of focusing on how far or fast I was running, I stopped and took photos. 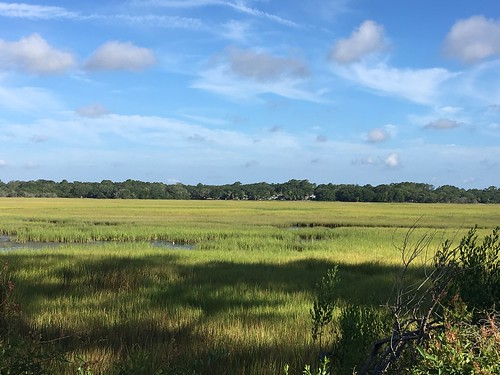 I worried less about how many episodes of Friends the kids watched, and spent my time reading instead.

I polled everyone in our family before we went about what they wanted to do while we were there, and then we made (most) of those things happen early on. The only thing on the list we couldn’t do was spend a day at the National Seashore, which was my item. And you know what? That was okay, too. I allowed myself a little time to grieve it, and then I enjoyed what I had, which was pretty incredible. 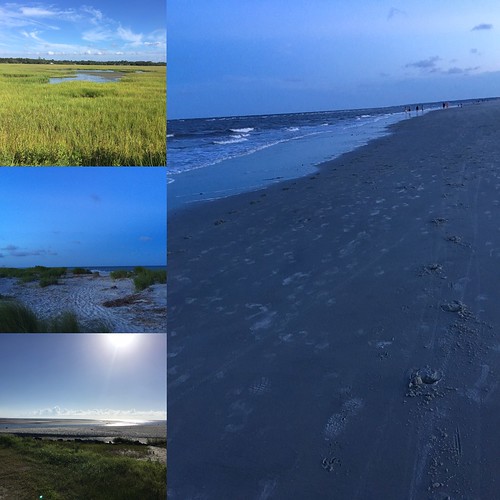 Next time we go- whenever that is- I plan to rent this bike and ride around town all week, except for when I’m reading books or walking on the beach. 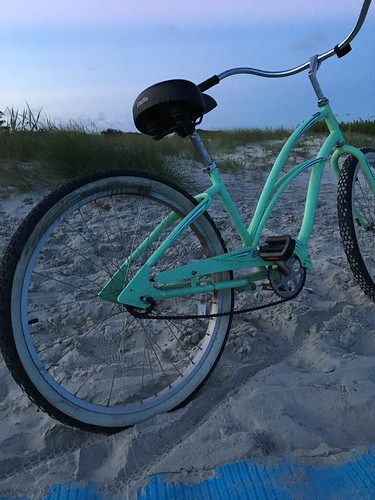 I’ll be back tomorrow with the final weekend of our trip, which we spent two thousand miles further west with more water. 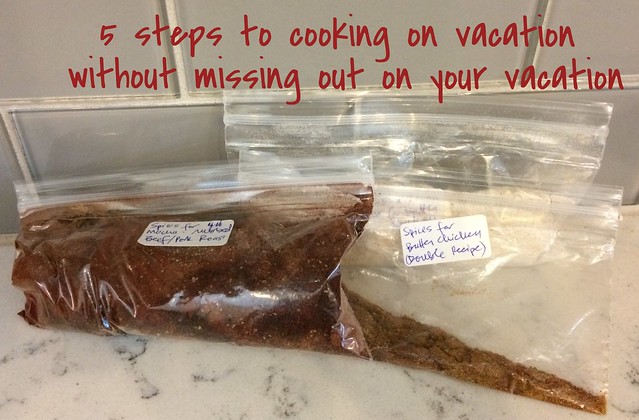 There may come a day when we can eat out all the time on vacation… or there may not, because eating out is not just expensive but often unhealthy.

And yet, the point of my vacation is to do different things than I do at home.  Like lie on the beach, ski, or explore a new city without spending all day making things from scratch and cleaning up after myself. 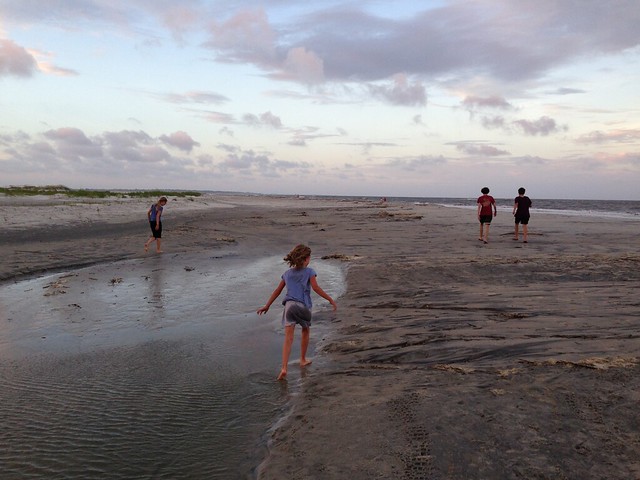 So, without further ado, here are my five steps to cook on vacation and still be on vacation. 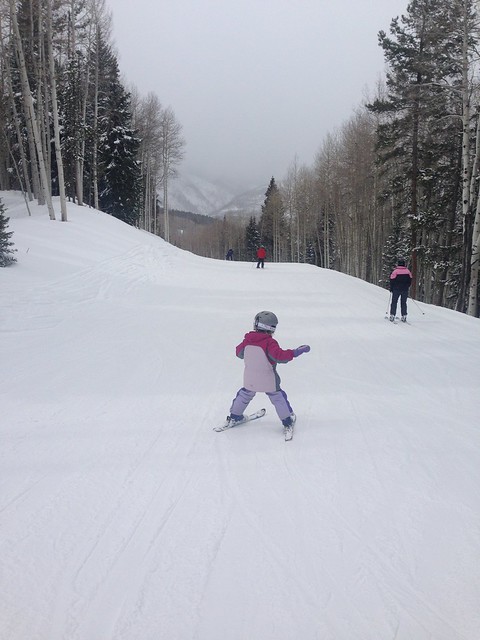 Here are a few of my easy-exotic recipes that are easily made on vacation:

Bobby Flay’s Dry Rub (this is good on beef, pork or chicken and can go in the crockpot with a little liquid- here are simple directions for that)

Island Pork Tenderloin (this one requires fresh garlic but was so worth it- my kids licked the plates.)

What are your go-to recipes for cooking easily on vacation?

Vacation. I read something recently about the importance of distinguishing between a vacation with one’s spouse and a family vacation. (If you read this too, please send me the source so I can attribute it correctly.) The basic idea was to have clear expectations. Don’t go on a family vacation and expect to have dinner out with your spouse and hours to disengage.

So here we are on vacation. We’ve done a fair amount of divide-and-conquer. I fell asleep; Sam took everyone to the pool. He went for a run; when he got back, I took mine. When several children were DONE with the hike, and one wanted to go on, he took the dissenters back, and I went on with J. Today, he gave me an appointment at the spa for a massage, and he took the kids to the pool.

But there’s a fair amount of togetherness too: several days in the car (such an American phenomenon) while children ask “Are we there yet?”, watching Madagascar 3 together on the couch; meals and walks and an expedition to the grocery store to buy SweetP’s baptism anniversary cupcakes. (The rest of us were enticed by the cream puffs and chocolate squares, but I always make cupcakes, so she was determined to have cupcakes and, in the end, chose the buttercream-frosted cupcakes with “I love you, Mom” emblazoned on the top.)

Folks tell me that in a year or two, the children will be ready to stay for a few hours without us, and we will actually get out for a nice dinner together. For the present we are reconciled to hikes with whiners and snuggles in the morning.