In our house something breaks (or is broken) approximately every 7 seconds.  And it kills me to have to replace a perfectly good thing that was broken because someone was careless.  I’ve posted on the minor triumph of doing a repair myself. Sometimes it goes awry, such as when I popped my phone into a bag of rice to dry it out.  But more often than not, I have success at least for a time. I have twice replaced the cracked back glass on an iPhoneI am the queen of finding replacement parts online (think coffee maker carafe, food processor bowl, blender lid) and would a thousand times rather repair what I have than get a new one.

Approximately a year ago, we were on our way home from vacation, and I brought a tall cup of tea in my cup-with-a-lid onto the plane.  It took me about five minutes to pour the entire contents into my backpack.  Miraculously, my computer stayed completely dry, but the camera absorbed about 16 ounces of tea with milk.  I tried the bag of rice, the hairdryer, paper towels, and letting it sit open in the dry Colorado air. I replaced the battery pack.  All to no avail. 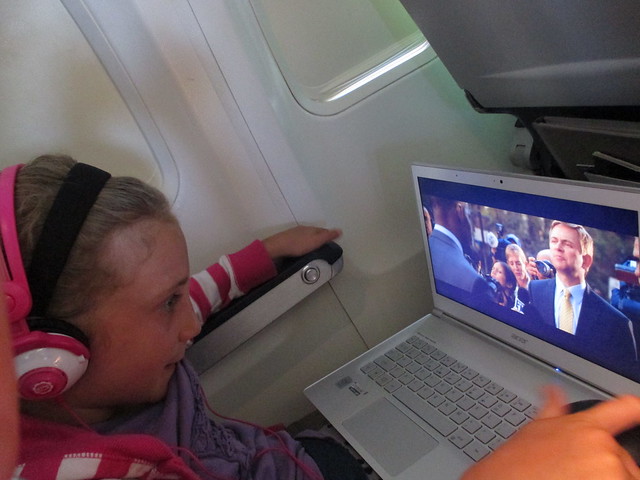 Five seconds before the accident. Can anyone identify this movie?  I can’t. Should my then-7-year-old have been watching it? Probably not.

I almost bought a new camera before our trip last month and then decided I was still mad at myself for ruining the last one.  I finally  gave the broken one  to Phoebe to use as a toy camera and used my phone’s camera in London. 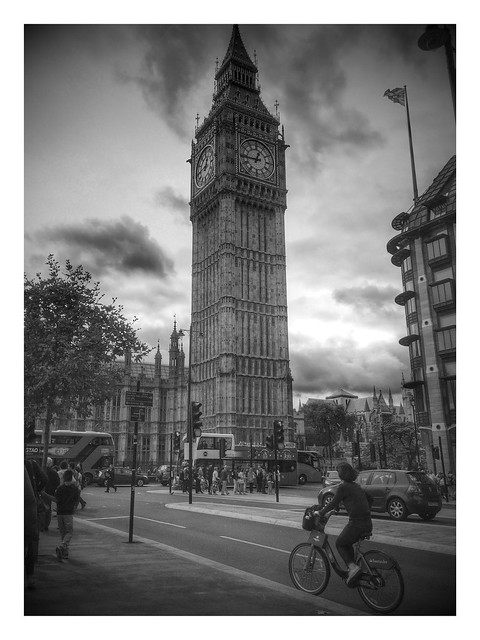 Not bad for a phone camera.

On my birthday last week, Phoebe came to take a “birthday picture” of me with the broken camera.  We both knew this was all make-believe.  I posed, she pushed the on button, and the camera turned on.  Then she pushed the shutter button, and it took my photo.  Not only that, but the photos taken immediately before the drowning were still on the memory card.  Happy birthday to me!! 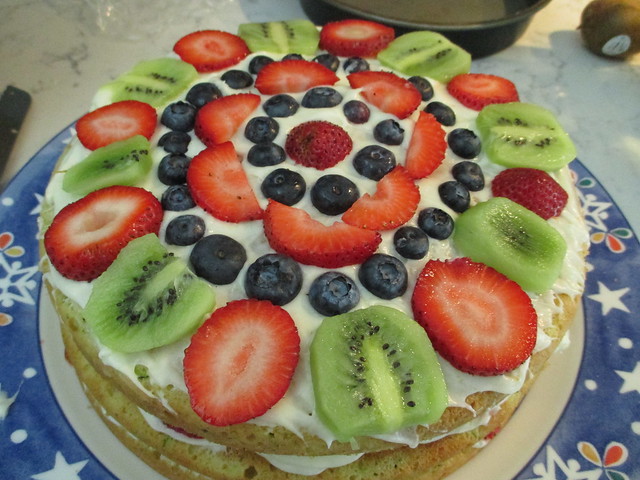 No, this is not my birthday cake.  This is the 15-month old previously unseen photo of a birthday cake from 2015, but it still makes me hungry.

You may recall our air conditioning has been broken.  It was broken in June when our friends turned it on for the first time.  It was broken in July.  The first time HVAC guy came to fix it, he started by telling me that I didn’t understand how to use it properly.  “See,” he said, “you  can’t wait until the house is 90 degrees and expect it to cool down just like that.” He snapped his fingers.

I said when I turned it on, I expected to have cold air pumping through the vents, regardless of whether the house was 88 or 90 degrees.

He asked if I had changed the filter recently.

Two hours later, he said that the coolant had frozen into a block of ice because of a shortage of coolant.  He had “topped it off.  It should work fine now,” he said.

Two weeks later, I turned it on, and there was almost no cold air running through the vents. Again, there was a ring of condensation on the floor around the furnace.  I youtubed it this time to see what else could be wrong.

Enter HVAC man #2 (same company).  I explained how the first time the system had been low on coolant and since the same thing happened again, I suspected a leak in the system.

“Have you changed your filter?” he asked.

Two hours later, he came to explain to me that there wasn’t a leak, precisely, but that the system thought there was a leak.  “The air conditioner is like a heart,” he said.  “You know a heart is like a pump?”

Yeah, I said, I know about how the heart is like a pump.

Anyway, he’s gone again.  The pseudo-leak has been fixed [he says] and “it should all work fine now.”  Of course, today it’s 72 degrees and there’s no way I’m running the system to find out.  But I may go change the filter just for fun.

Okay, the title of this post is a little crass and self-satisfied.  But here’s what happened:

Our kitchen faucet stopped working.  For awhile (which could be as long as a year but who’s counting) the faucet has been finicky.  It would drip if you didn’t have it shut off just so.  I can work with that: I’m touchy myself sometimes.  But then one day it wouldn’t swivel laterally back and forth between the two sides of the sink any more.  And then a week later, the handle fell off into the sink.

Whoops.  Maybe I should have taken the first signs as signals to fix it before something bad happened.

I tried without success to reattach the handle.  It would stay, but then when you tried to use it, the handle fell into the sink with a loud crash.  On further examination, I realized the stick (which comes out of the ball and onto which the handle attaches) was snapped in half.  Aha!  I called Delta, and they mailed me the new part for free.  Meanwhile, the faucet handle was falling into the sink with a crash every 4.2 seconds.

The parts arrived; I called our usual plumbing company.  They sent out a technician I’d never met before.  He was young.  Like, maybe twelve.  After ten minutes of looking at the faucet, he declared it couldn’t be repaired and that I needed a new faucet.

But I have the parts sitting right there on the counter! I wanted to cry.  Nope, he said.  It’s done.  He had no idea why it wouldn’t swivel anymore, but it was dead.  Could not be resuscitated.  He could install a new faucet for me for only $750.  (Well, $698-824, depending on which model.)

Thanks for coming, I said.  I paid him for the service call and got him out of the house before he could see the steam coming out my ears.

What happened to fixing things?  I have noticed this trend in many areas.  Everything is cheaper to replace than to repair.  But that’s why the landfills are overflowing.  They’ve told me the same thing with my watch, a TV, a vacuum, a computer, shoes, a car…

Obviously, I had no confidence I could fix it myself, or I wouldn’t have called the plumber in the first place.  But I couldn’t do worse that he had.  If I couldn’t fix it, I’d just get a new faucet, right?  I pulled out the home repairs book and opened it to the faucet page.  I opened the little packages that Delta had sent us and tried to match up the pieces.

I have to say it was a good 12-15 tries before I had the water coming out the actual faucet and not from the joint of the handle.   But once I scraped off [what I think was] the old, disintegrated O-ring and replaced it with the new one, the faucet even starting swiveling again.  Almost like new.  Like a newly repaired faucet.  One that doesn’t have to go to the landfill yet.

Anyone need a drink of water?

P.S. The plumbing company is sending me a refund.