This is the curriculum I wrote for my son’s second semester of freshman literature and composition. Feel free to adopt and adapt it to your own home school, and add your suggestions in the comments! 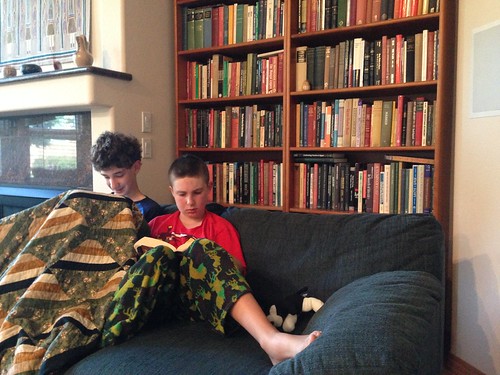 Revenge versus Mercy in Literature

Choose any six of the following books:

As you reach each of the texts, please consider the following questions for any of the characters involved.  (You do not have to make a note of minor characters who do not have a choice before them of choosing revenge or mercy):

1. Define justice, revenge, and mercy in the context of this book.

2. Shakespeare’s contemporary, the philosopher Francis Bacon, defined revenge as a “kind of wild justice.” When one private individual decides to revenge himself on another, he is going outside the official justice system. And yet, as the phrase “wild justice” suggests, the revenger is responding to what he sees as a “higher law.” The revenger takes the law into his own hands when he feels that the state is not capable of or refuses to enforce justice. Therefore, while law and revenge are technically opposed to each other, since revenge is illegal, they also overlap. For example, Shylock, pursuing Antonio’s “pound of flesh,” exposes the intimate connection between law and revenge. He seeks vengeance against Antonio precisely by sticking to the letter of the law within the Venetian justice system. Could the revenge portrayed in this book fit this model of “wild justice”?  (Thanks to LitCharts for this question.)

3. In Romans [12:16-21] Paul advises against revenge. What is his reasoning? Do you think his appeal would be compelling to the characters in this book?

Live in harmony with one another. Do not be proud, but be willing to associate with people of low position. Do not be conceited. 17 Do not repay anyone evil for evil. Be careful to do what is right in the eyes of everybody. 18 If it is possible, as far as it depends on you, live at peace with everyone. 19 Do not take revenge, my friends, but leave room for God’s wrath, for it is written: “It is mine to avenge; I will repay,” says the Lord. 20 On the contrary: “If your enemy is hungry, feed him; if he is thirsty, give him something to drink. In doing this, you will heap burning coals on his head.” 21 Do not be overcome by evil, but overcome evil with good.

4. Are there prerequisites for Justice? What about for Mercy?  How does the book support or deny the need for a divine being?

5. At what point is it right for an individual to take revenge because there is no other way of redressing wrongs?

6. What makes a person choose mercy over revenge?

7. Is there a crime that is too heinous for mercy?

8. The Count of Monte Cristo likens taking revenge to idolatry. “I . . . have been taken by Satan into the highest mountain in the earth, and when there he . . . said he to me, ‘Child of earth, what wouldst thou have to make thee adore me?’ . . . I replied, ‘Listen . . . I wish to be Providence myself, for I feel that the most beautiful, noblest, most sublime thing in the world, is to recompense and punish.’”   Do you agree with this assessment?  Is Mercy then also idolatry, if it is also God’s nature to have mercy on us?

I wrote this English curriculum for my 9th grader this year.  You are welcome to use and adapt it to suit your own home school.  Please suggest any books you would add in the comments!  I’ll have the Spring Semester in a later post. 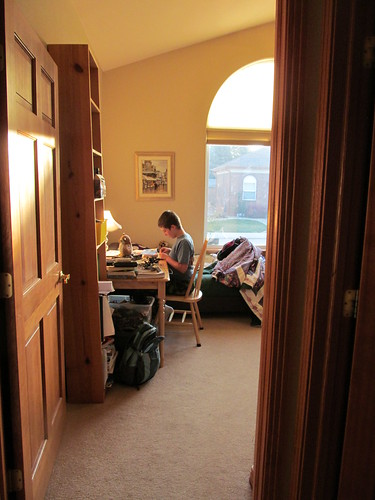 Fall Semester: What Makes a Hero?

Choose any books from this list to read at a pace appropriate to your student. I would recommend reading at least one book from ach time period.

Questions for discussion or papers: