One: After two weeks of illness (one child on antibiotics, another on Tamiflu, me on nothing as I hacked up one or more of my lungs) we are finally clawing out way back into schooling at home. Sam is coming down with something now, too, but since he’s goes to work to be sick, I don’t really count him as one of the stricken.

Two: Man, getting back into this is rough. In the midst of that, Sam and I both traveled. I really should have stayed at home, but… I wanted to see my friend. I saw her, but I spent the whole time afraid I was going to give her the plague.

Three: Speaking of plagues, we adopted a lovely cat. His name (spoiler alert) was Julian. 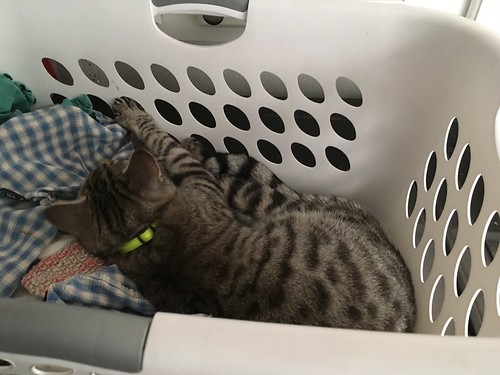 Then his larynx swelled up, and despite high-dose steroids and a veterinary ICU and more steroids and another vet, he still died. After his necropsy, at which the vet couldn’t determine the cause of the allergy/infection/laryngeal edema NOS, she called me back to ask if I’d been able to get his shot records from his previous owner. No, I hadn’t. So she put us on Rabies Watch, had the county public health nurse call us to find out our travel plans and if any of us were acting strangely, and billed us $65 for rabies testing. Just like that, our family went from the infectious disease specialists to the possible source of an urban rabies outbreak. (Better spoiler: he didn’t have rabies, and neither do we.) Here is a gratuitous photo of the new cat, whose rabies vaccination I have documented on paper. 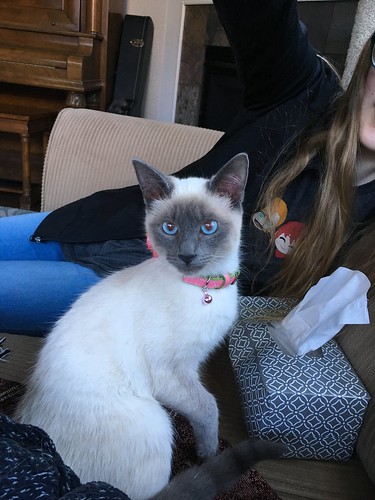 Four: Anyway… now, two weeks later we have adopted a replacement cat, and everyone is trying to get back in the groove. To that end, everyone made it to the co-op for classes this week, all the adults went to their gainful employment, and I’ve been trying to teach things to the children with limited success.

Five: On Monday, I made it till one-thirty before I had to crawl into my bed for a nap. When I got up, I went to see where one of the children was with her work.

Mom: Where are you with your school work today? Do you need help with math?

Anonymous Child: Why are you asking? Don’t you have some work you’re supposed to be doing?

Mom: I was under the impression that helping you with math was my work.

So that was really successful. I should have stayed in bed.

Six: Yesterday I finally made it outside for a run. I discovered three things: 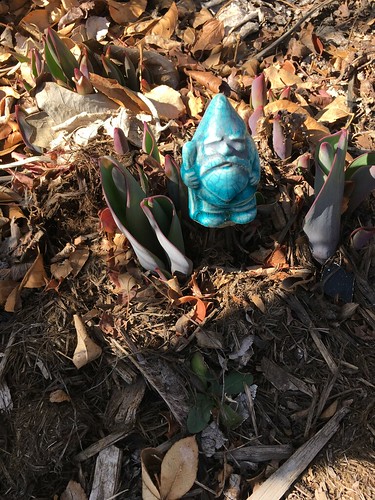 The guardian of spring.

Seven: However, an anchor is not entirely sufficient to return everything to normal. In order get us back in the routine, I had to pull out the paints and insist everyone make some art while I read aloud to them. An hour later, the children wandered off to play Minecraft and left me with a huge arty mess to clean up. I think this means we’re back in the groove. 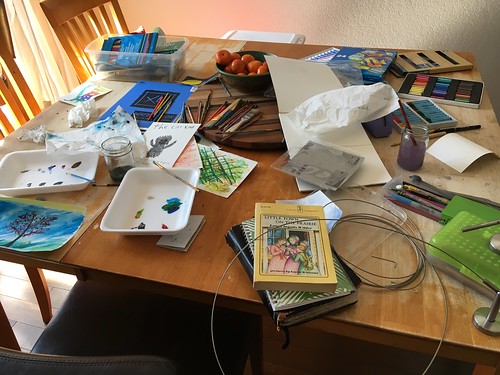 Be sure to visit Kelly at This Ain’t the Lyceum for more Quick Takes.

4 thoughts on “7QT: Don’t you have something you’re supposed to be doing?”