One: We had a delightful (and full) staycation with my brother- and sister-in-law and their three children.  The logistics of a house with 11 people in it can be challenging, but Matt and Jen are both so flexible and obliging that it felt like we had more adults than children. (Spoiler: we did not.)  I highly recommend, if you decide to have a staycation with 11 people, you invite my in-laws, because they will make it wonderful. 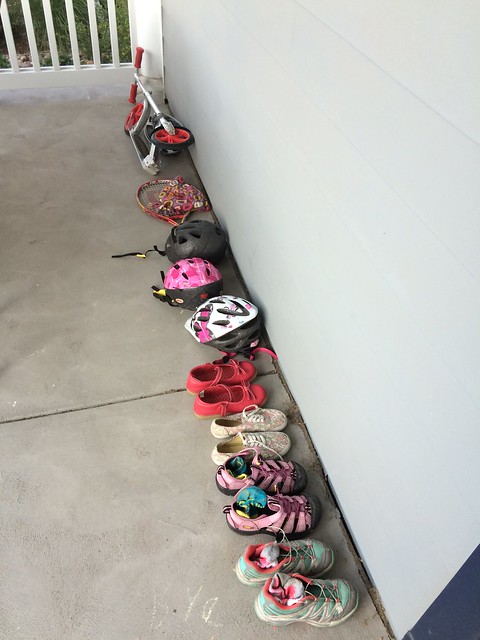 Two: The first day, the children decided to do a play. They chose Romeo and Juliet. Step one: I cut Shakespeare’s masterpiece down from 104 pages to 27 pages. Step two: We vetoed the idea of auditions. Step three: Matt negotiated the minefield of my children’s unkindness to help them through the trauma of casting. 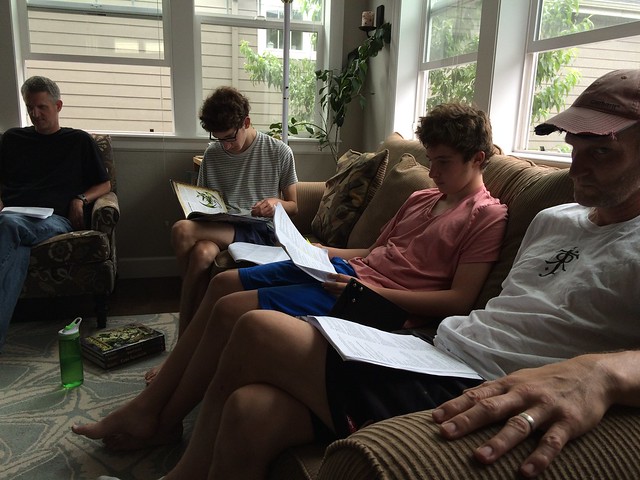 Step four: younger children got very excited about a) costumes and b) killing each other with swords. Step five: All the children hung through 3 hours of read-through, in the original language. 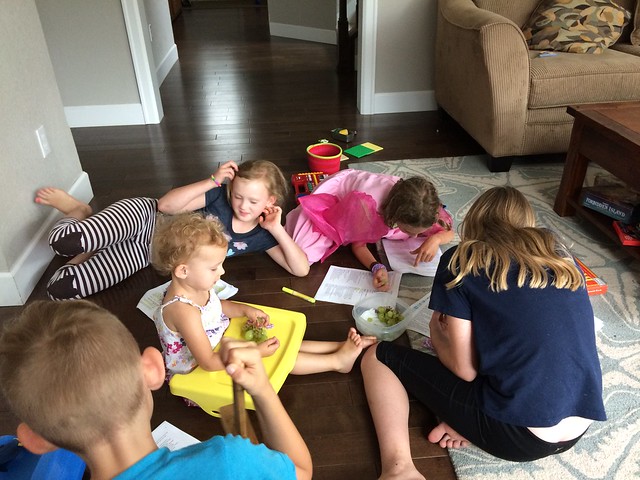 Step six: We began staging. Step seven: Everyone abandoned the effort in favor of popsicles and running through the sprinklers. 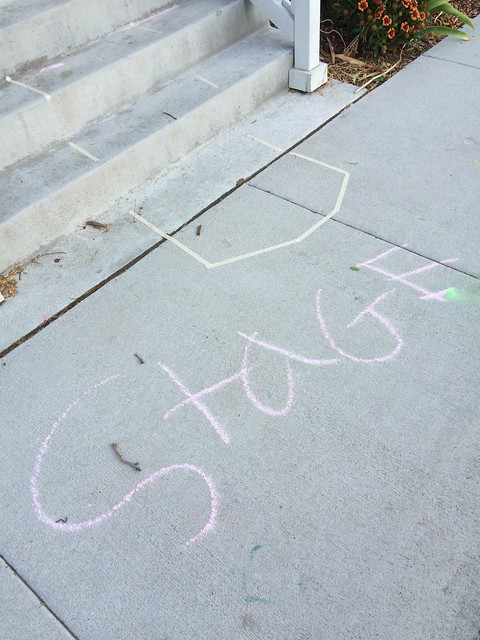 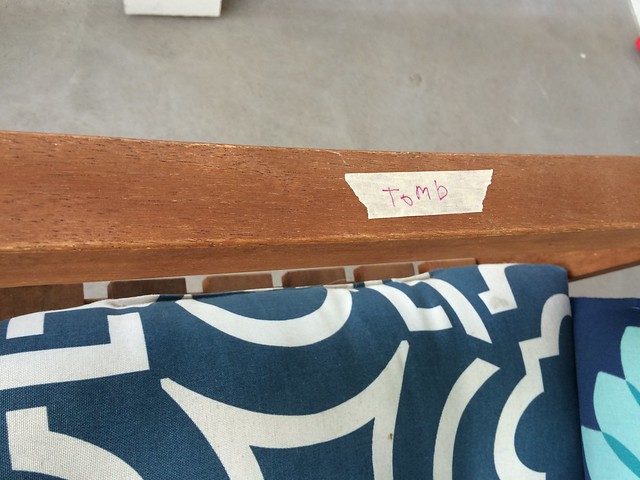 Ambition should be made of sterner stuff. — William Shakespeare

Three: We managed to take one hike.  It was raining as we drove to the mountains. It rained all the way home.  But miraculously, we had two hours of sun-dappled beauty in the pines without crowds or rain.  It was a gift. 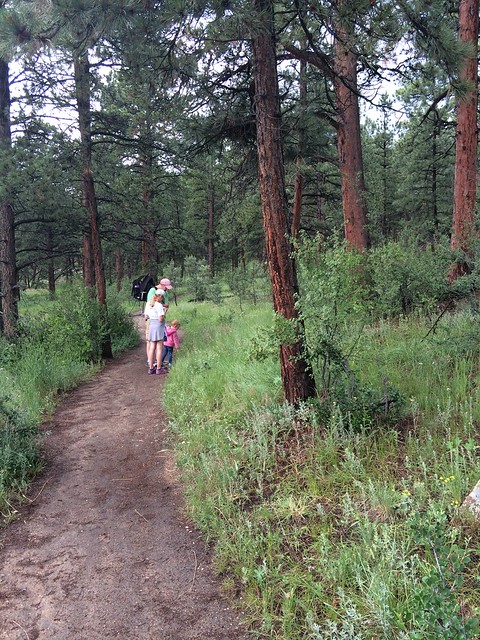 Four: We celebrated Independence Day by picking the neighbor’s pie cherries (with his permission), listening to NPR’s annual reading of the Declaration of Independence, taking the citizenship test, cheering on the local parade, and watching the fireworks. 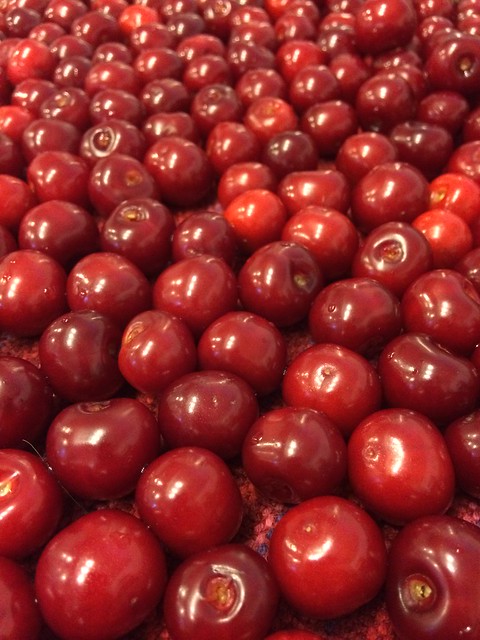 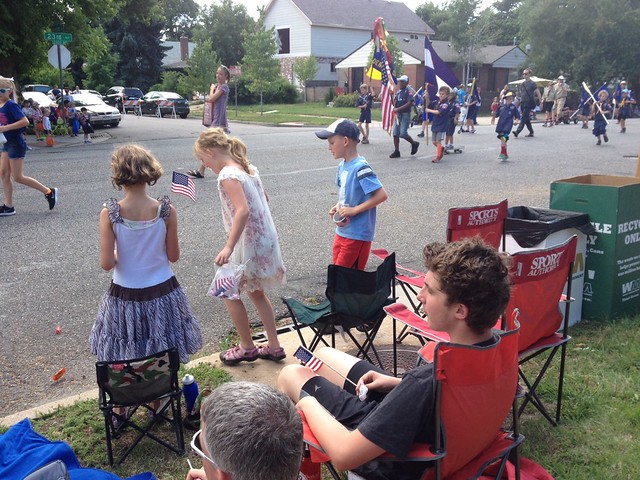 Five: What family vacation would be complete without a medical emergency?  Only one person had to be hospitalized, and she bore it with patience and grace.  Happily, she came home (healthy) to much acclaim and a hero’s welcome.

Six: We celebrated four birthdays and a baptism anniversary all at once.

Seven: The children finally managed to produce a full play, Rapunzel. We all agreed that the porch was equally perfect for Rapunzel’s Tower or Juliet’s balcony.  The witch was defeated before bedtime, and fun was had by all.  The end. 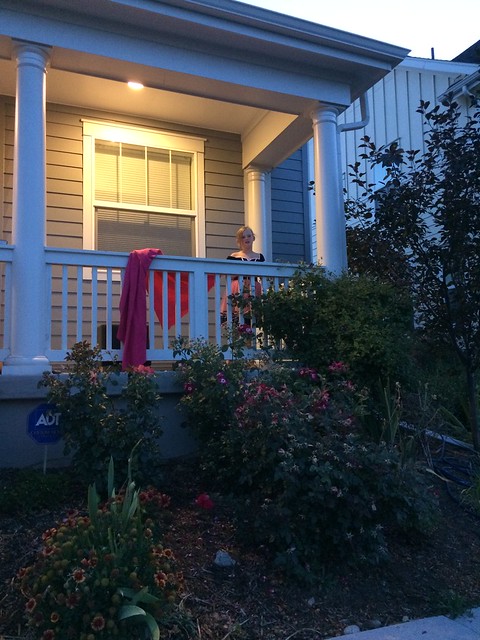 I can’t wait till next year’s Staycation.

One thought on “SQT: Staycation”