As we headed toward the new school year, I felt the need for a few new workspaces.  The more classes I outsource, the more the kids use the computer (read: internet) to connect with teachers and the outside world.  And because it’s the internet, the more we need safeguards to keep all of us accountable.

So first up: a different computer station in the study. 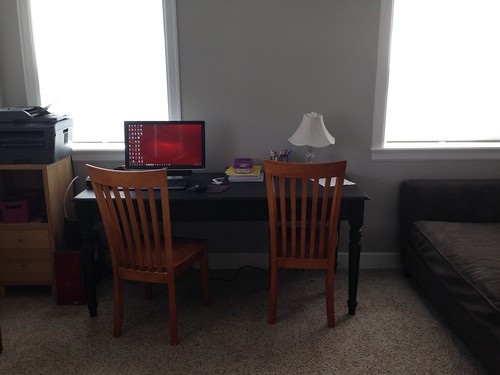 The old one set-up gave me a nice view from the computer station, but I couldn’t see what the kids were doing on the computer when I walked by.  This desk gives us two workstations and a nice view of the monitor from the hallway.

Second: a device charging station. (It’s the basket threatening to vomit cords onto the floor at any minute.) 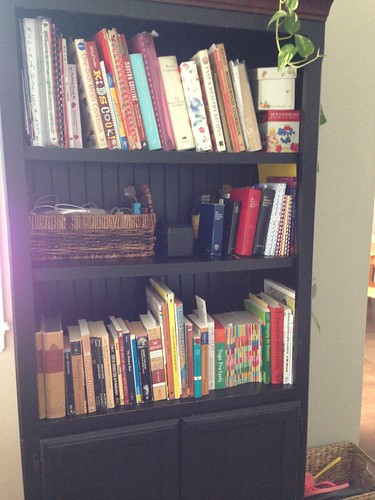 Moriah asked for three things for her birthday: #3, a camera, #2 a phone, and #1 a LIVE cat. Well, I wasn’t up for #1, but #2 and #3 could be combined.  Sam made her write an essay on why she should have a phone. She wrote 3 pages, and (most of) her points were apt.  So we gave her a phone with a camera on it and a phone case that looks like a cat. [Compromise.] We quickly made a rule that all phones had to live on the main floor (away from the bedrooms) and then had to make them a place to live.  Hence, this charging station. For the most part, it’s working, although I had to put a good-sized hole in the backboard of the bookcase to fit the plug of the surge protector through it.

Third, we added counter stools to the kitchen. 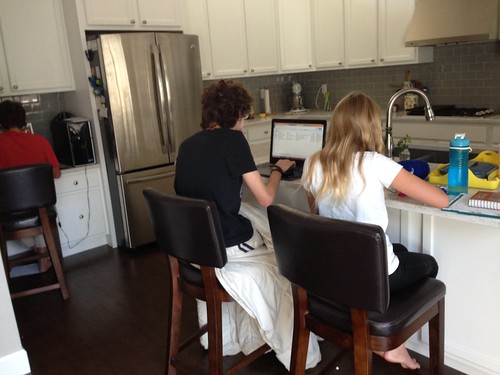 We’d been looking for the right ones for awhile- since we moved in, really- and it turns out that Sam and I had completely different ideas of what we wanted.  In the end, we went with what was available.  And while there was considerable push-back from a certain child who really prefers to work on the couch, this has become an acceptable workspace.  See? 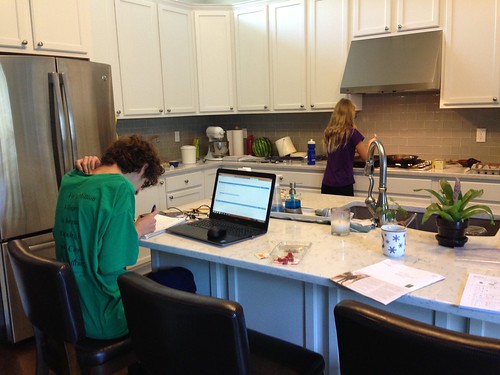 I’m calling this one a win.

Finally, I wanted a place for games that wasn’t the kitchen table so we could set up a game or puzzle and leave it up through a mealtime (or two).  Hence the coffee table. 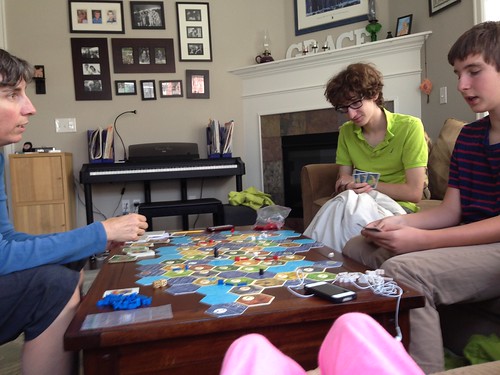 Have you been tweaking your interior environment lately?

One thought on “Home improvements”