Out my window: I got up early to take someone to the airport, so it’s already late as I write this.  Late, and light.  This weekend is supposed to be beautiful, and I’m wondering if it’s worth trying to drag the children into the mountains for some snow fun. Or maybe we should take a hike on the plains.  Or, more likely, we’ll just sit around in the house with the children playing video games and me wishing I were outside. 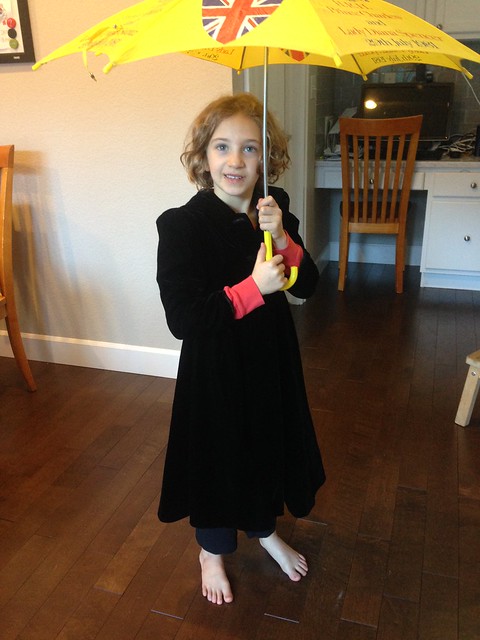 What I’m hearing: Spanish from the study, where one of the boys is doing their Rosetta Stone. From outside, chickens clucking and squawking to announce they’ve laid eggs. Or that they want more popcorn. Or that they’re on the wrong side of the fence and can’t remember how to get back.  Also, Phoebe is wearing a velvet opera coat and dragging my commemorative umbrella from the royal wedding in 1981 around the house, thunka-thunka-thunka-thunka as it hits the joints in the floor. 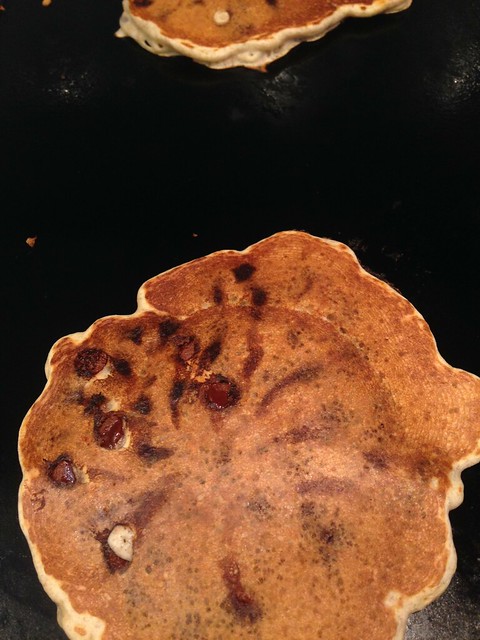 Tomorrow is St Nicholas Day, and normally I made a fancy breakfast. I’d better get off my duff and make a plan.

In the schoolroom: “It’s too much math!”  Two children have shouted this at me today.  By “too much,” they mean “any.”  We do math every day, and they don’t actually have any more than usual, but when they are feeling tired of work in general, it’s always math that takes the bullet. Why is that?

I’m trying to figure out how to talk to the children about the tragedy of racism in our country and our culture of police brutality. I heard a great interview on NPR today with Constance Rice, the civil rights attorney who worked to change the culture of policing in LA after the tragedies there in the 80’s and 90’s.  She had some great things to say about fear and how our fear changes us.  The antidote to fear is trust.  Good stuff, but still hard to know how to talk to my kids about it.

On my mind: obviously, race in America is on my mind.  Sean M. Watkins’s blog always helps me get outside of my little white-world-brain, but I have so far to go, and I confess that it’s much easier to retreat than press forward for change.  And because I am white and privileged, I can hide my head in the sand until I have the energy to think about it. I don’t want to be complicit in an injustice that affects my friends and neighbors on a daily basis. I don’t like that about myself.

[And the fact that I only read one blog reflective of black experience in this country is a sign of my insulated life.]

On my reading table: I just read three John A. MacDonald mysteries, all good.  And I’m starting Seabiscuit.  We are reading A Christmas Carol by Dickens (the first time the children have gotten into it as a book), which  made me pull out Miracle and Other Christmas Stories by Connie Willis.  The short story Adaptation alone is worth the price of the book.  In fact, I gave it to Jonah to read Adaptation, and he liked it so much he asked if he could read the rest of the book, too.

Grateful: that Eponine is a hen!! For the slow pace we’ve been taking this Advent (though I can’t make promises for next week!)  That my friends’ shipping container finally made it to them in Fiji (after  3 1/2 months).  For a great short run with my friend who is heading to Africa to serve in an Ebola treatment center. 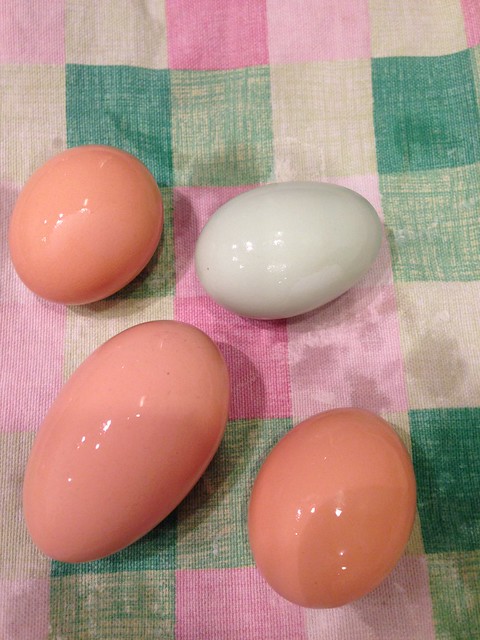