Apparently my pre-trip communication was a major fail, and many of you didn’t know I was leaving until I was packing.  This trip was six months in the making and was a follow-up to the trip we made last fall as a family.

The University of Colorado and Children’s Hospital Colorado have partnered with the Banasa banana plantation to improve the health of twelve small communities (a few would be big enough to call towns) in the south-west corner of Guatemala, near the border with Mexico. Banasa’s interest is mainly in the health of their workers, but the clinic is open to everyone in the community.  There are other national “health posts” in the area, but the nearest hospital is an hour or more away by car, depending on the rain, and most folks’ main mode of transportation is their feet.  Motorcycles are also popular, but it’s hard to ride on a motorcycle when you’re in labor… 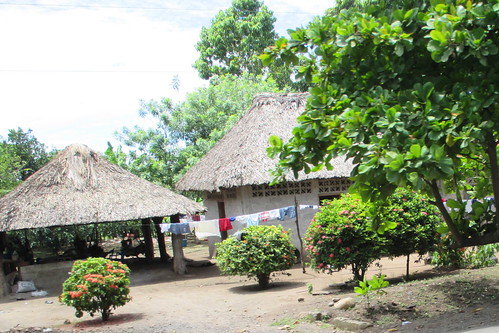 So anyway, they built a clinic (staffed by a family physician and residents from Colorado; open since April) and a two-bed birth center (not yet open). They also have a community maternal-child health program that focuses on nutrition, child development, and prevention of maternal complications.  Currently, the community health workers drive out into the communities to find pregnant women by word of mouth. Then they provide free (individual) prenatal care, education, post-partum and newborn visits, and then group visits for moms and babies until age three.  Pam and I went to teach group care.

are we there yet? 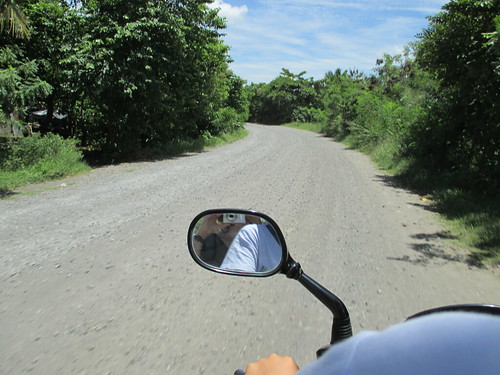 A team of midwives and physicians has been working on the content for four visits, and then we worked with the community health workers to show how those visits could be interactive, instead of lecture-based.  The health workers jumped right in, quickly appreciating how group visits could streamline the huge amount of time they spend traveling back and forth between their communities.  Likewise, group care can ameliorate some of the isolation experienced by the women. But it will be a huge shift for this community, where women mostly stay at home– like really at home–  and few of them have phones to ease communication.

getting to know one another 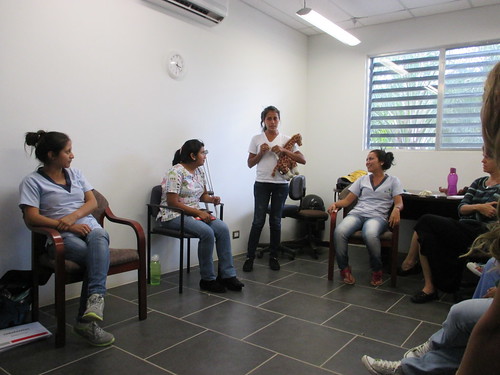 The second day of our teaching,  Pam and I got to go out into some of the communities to make home visits.  We saw first-hand how much time the community health workers spend driving.  We had to make several stops to locate one woman who had moved. 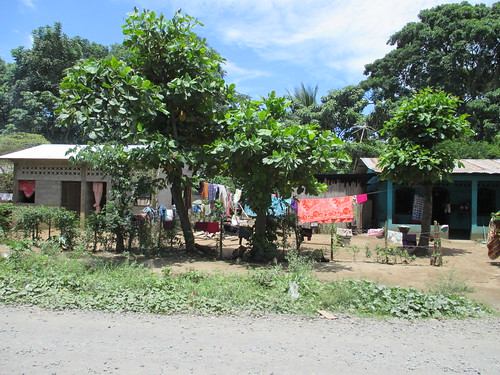 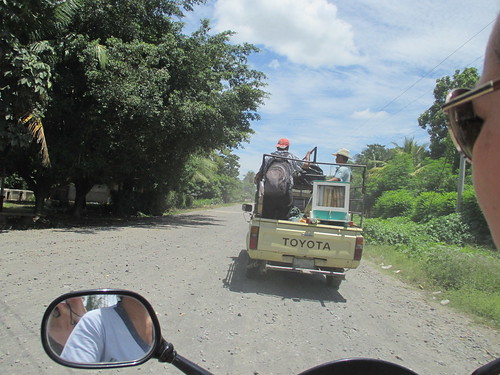 We also made an unscheduled bathroom stop at the home of our colleague’s sister, where Pam got a tamale-making lesson. 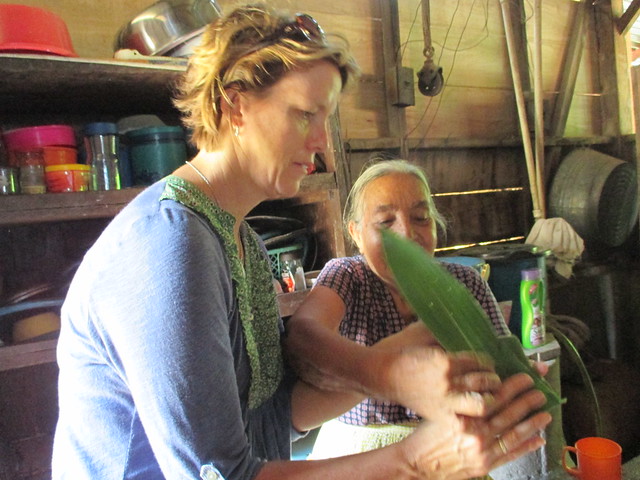 On day three, the community health workers hosted a sample group for nine traditional birth attendants (TBAs). The health workers did an amazing job of making the group model their own. I was so impressed by their confidence, their professionalism, and their enthusiasm. That group had several goals: transparency (the patients for whom we care are attended during labor by these TBAs, and we want them to know we are not trying to supplant them); education (the only formal training the TBAs receive are periodic lectures from the Ministry of Health) and community building (the goal is for the birthing center to be an alternative and safer location for the TBAs to attend their patients).  While the group went really well, we discovered that every time our center has hosted them in the past, the TBAs have received gifts, which was their expectation and something for which we were not prepared. Despite that I think it went well, but we’ll see how many show up to the next teaching.

after our pilot group 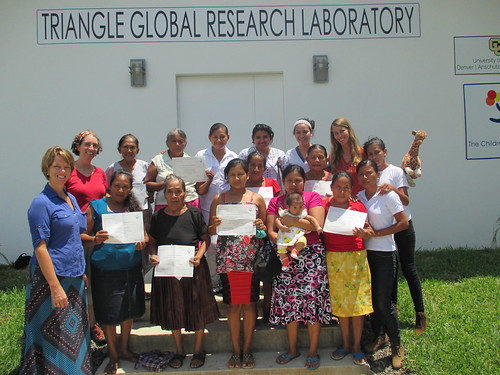 driving the TBAs back to their communities 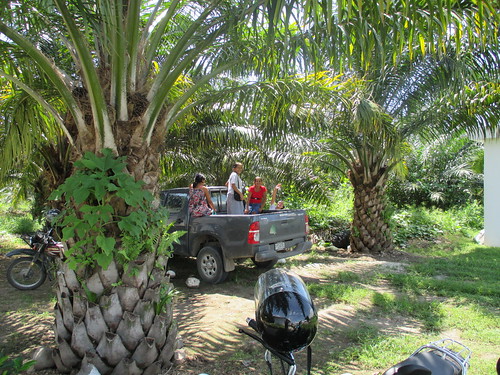 We spent time on day four discussing the cases we had visited on Wednesday.
a Pictionary-esque review of what we’ve learned together 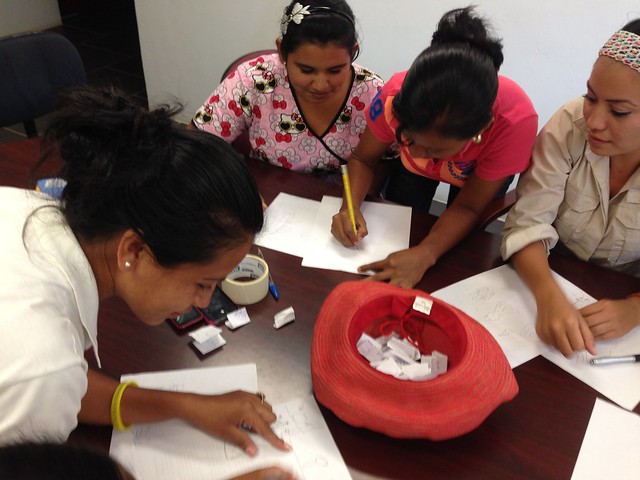 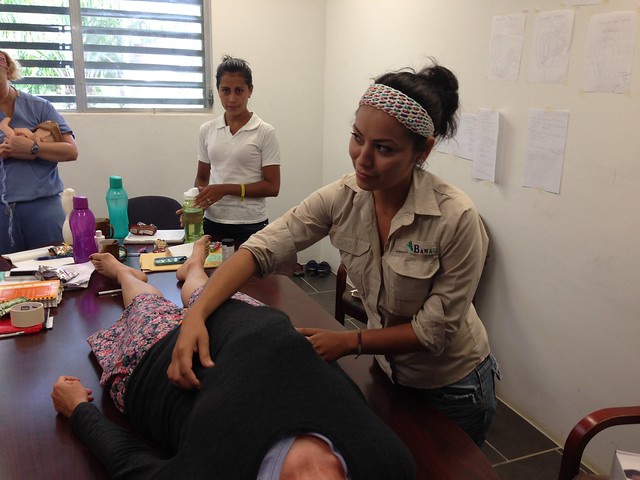 So, to sum up, I learned so much this trip. I have deep admiration for those who are there day-in and day-out, making this program work. It was a privilege to teach and learn and get to know these women.